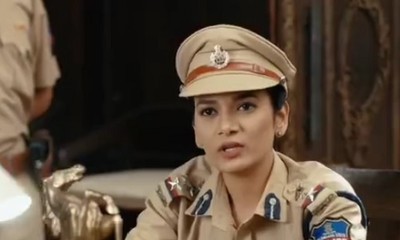 The latest track in Star Plus serial Mehndi Hai Rachne Wali is focussing on the new Commissioner who is madly after Raghav and his business.

Where Raghav runs a diamond business, the lady commissioner takes a dig at him as she suspects illegal loopholes in his business.

And this is where she becomes Raghav’s new enemy after Sunny.

Raghav’s business is in deep trouble as the Commissioner warns that if she gets even a single loophole then the jewellers will have to pay the penalty and that penalty will be so huge that they will be bankrupt.

Raghav's business to shut down

While the Lady Commissioner has her eye on Raghav's business,

Raghav is going to face a tragic fall in his business.

How will Pallavi help Raghav this time is super exciting to watch because currently, the duos are at odds.