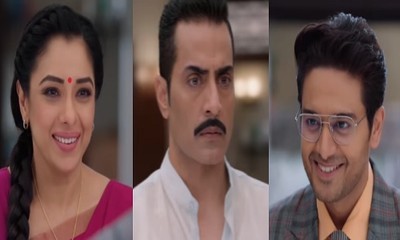 The amazing chemistry of Anuj and Anupama is going to level up in the next storyline of the Anupama TV serial.

The new promo witnesses Anuj inviting Anupama to become the face of his 5-Star Hotel project.

As Anuj reveals that he will invest money and she will run his business,

Anuj’s partnership proposal overwhelms Anupama and she gets teary eyes.

Anuj and Anupama are all set to make their happy start but Vanraj’s vengeance is going to give them a hard time.

Vanraj’s male ego is quite triggered after Anupama managed to crack the deal with Anuj.

And here he doesn’t praise her talent but he actually smirks at the deal questioning Anuj’s past with her.

Vanraj is super determined to stop Anupama’s feet from heading forward in her life.

Will Anuj be able to support Anupama in this long run?