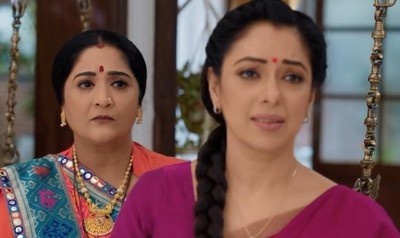 It was earlier seen that Baa turns upset when she learns the fact that Anuj used to like her in her college days.

Anupama does not have anything for Anuj and just respects him as a good human being.

In the series to come it will be seen that Anuj choose Anupama's idea and offer her partnership with him in his new hotel.

Anuj declares Anupama as the new face in his business.

This news comes as a major shocker which leaves Kavya Vanraj Baa shocked.