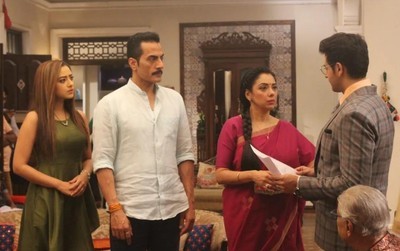 It was earlier seen that Anuj's one-sided love is visible and Vanraj is not liking their friendship.

In the upcoming episode, Paritosh stops Anuj from seeing the dance academy.

Besides, he is not in favor of Anuj visiting them often.

Later, Anupama shows around the dance academy to Anuj and he also clicks a picture from there.

The next day Bapuji brings Anuj and GK home where Anuj tells Shah's that he is going ahead with Anupama's idea.

Anuj says that he wants to make her his business partner in a new venture shocking Shah's.

Vanraj could not tolerate this and he taunts Anupama that he approved her idea because she was his crush.

Anupama gets angry at Vanraj for his remarks.