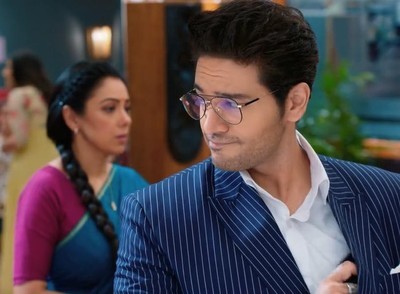 It was earlier seen that Anuj comes to visit Vanraj's cafe and Anupama serves him food.

On the other hand, Kavya is happy to see Anupama and Anuj's friendship for the sake of their deal.

Besides, Vanraj and Paritosh stay against the friendship of Anuj and Anupama.

In the upcoming episode, Paritosh debates with Anuj about visiting the dance academy.

Anuj finds Anupama's picture at the dance academy and he clicks it without anyone noticing him.

Anupama later drops Anuj while Anuj is about to fall while Anupama holds his hand.

Meanwhile, Vanraj is unable to bear the closeness of Anuj and Anupama.