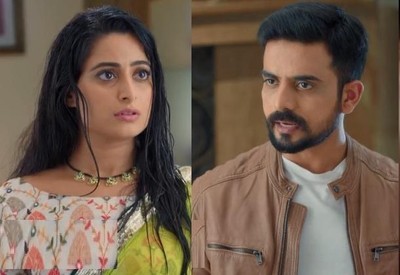 It was earlier seen that Samrat comes to know about Pakhi doing drama.

Hence he tries various ways to check her and investigate the matter in his way.

However Pakhi has some other plan in mind where she wants to make Virat jealous.

Pakhi thus pose her drama where she asks Samrat to choose saree for her as she wants to get ready for him.

Looks like Pakhi makes some mistake where she ends up making Samrat realize the fact that she wants him to turn like Virat.