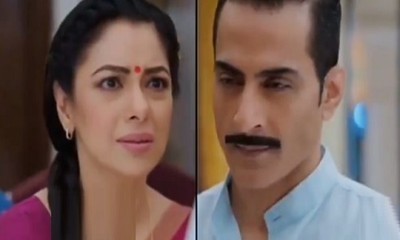 Star Plus TV serial Anupama is gearing up for the real war to begin inside the Shah House.

The same Shah Family which was about to come on the roads is the same family that is now questioning Anupama’s character after Anuj offers partnership to her.

Especially Vanraj is getting on Anupama’s nerve which is totally unacceptable to her.

And thus, Anupama breaks the silence and shouts Vanraj Shah the moment he reveals her and Anuj’s past love story.

Anuj and Anupama are close friends but Anuj has feelings for her.

And this becomes Vanraj’s topic to taunt and torment Anupama and make her living hell in the Shah House.

Greedy Vanraj really thinks that he can easily kick out Anupama from the house but poor V doesn’t know Anuj.

Now we are super excited to watch how Anuj will mark his entry to close Vanraj’s chapter from Anupama’s life.