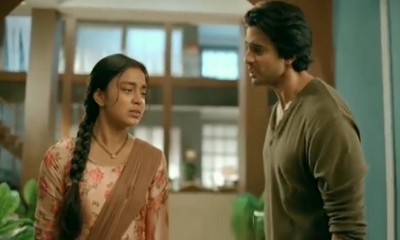 Star Plus Hindi serial Imlie is looking forward to a major turning point in the storyline.

Because Malini’s victim story blinds everyone, the Tripathi's announce her as their Bahu and compel Imlie to leave.

Imlie at the same time is heartbroken and devastated knowing Aditya broke her trust and consummated with Malini.

Aditya goes mad to stop her but her decision of leaving the house is unchanged.

Thus, Imlie breaks all ties with Aditya and leaves the Tripathi house for once and all.

And this is when Malini celebrates her big win with Anu.

Dev to know the truth

Interestingly, none other than Dev is the one who will first suspect Malini’s dirty game plan behind the entire one-night stand story.

Malini’s disgusting truth will come out just after Imlie’s ext.

And we are super excited to know how Aditya will then kick her out of the Tripathi House.