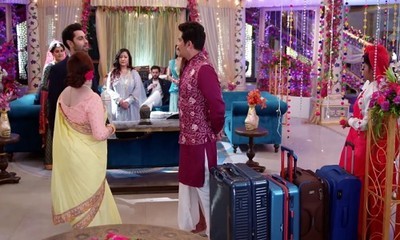 Prakashi and Nani manipulate Daksh against Virendra as they reveal his and Purvi's marital relationship.

Virendra brings Daksh and Purvi to Rewari for their marriage.

However, now the tables turn against him because Daksh knows Purvi’s past and now he goes against Virendra.

Daksh gets adamant to not let Purvi recall her memory.

While Daksh takes away Purvi back to Delhi for their marriage, this gets Virendra ill at ease because he can’t lose Purvi again.

So, what will happen next in the show and how Virendra will stop this wedding?