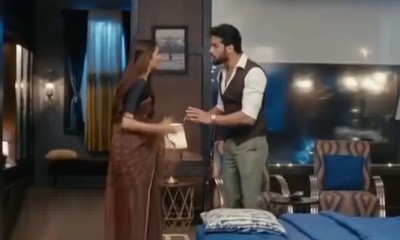 The upcoming story of the Star Plus popular show Mehndi Hai Rachne Wali will see Raghav and Pallavi’s trustworthy relationship getting a huge crack.

Finally, Pallavi comes to know that the diamond belongs to Raghav and so he is the person behind Abhishek’s death.

Pallavi takes a dig at Raghav and blames him for Abhishek’s death.

While this major confrontation between Raghav and Pallavi turns into the worst argument,

Pallavi shockingly calls him a murderer.

And this much isn’t enough to hurt Raghav that she even calls him a heartless devil that does illegal business and kills young kids like Abhishek.

Raghav and Pallavi break up

To make things worse, Sunny comes and asks Pallavi to slap Raghav as per their condition.

While this big confrontation shakes the depth of their marriage,

The situation is going to get worse as in another confrontation Raghav calls Pallavi a gold-digger.

While everything is messing up, will Pallavi be able to save Raghav after he loses his mental balance?