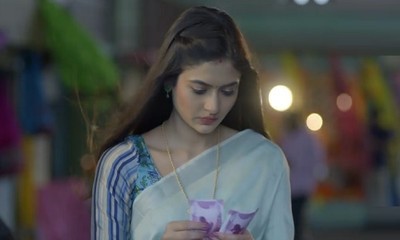 In the upcoming story of Star Plus serial Mehndi Hai Rachne Wali, Raghav will suddenly lose all his money going bankrupt.

Pallavi and Raghav’s terrible fight brings no good for them.

As Raghav calls Pallavi a gold digger and blames her for marrying him for his money, Pallavi is badly hurt.

However, when suddenly Raghav goes bankrupt, he goes totally mad and his mental illness puts Pallavi into more dilemma.

Pallavi has no money and thus to cure Raghav’s mental state, she takes up a lowly job to earn money.

People taunt Pallavi for doing such a lowly job even after being Raghav Rao's wife.

While Raghav has lost his mind after losing his all money and fortune,

How will Pallavi save his life after he hurt her so much?