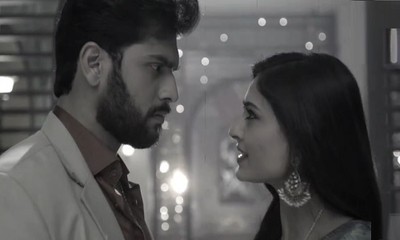 Star Plus TV serial Mehndi Hai Rachne Wali new promo is witnessing a bad time in Raghav and Pallavi’s life where things are going to get ruined in a drastic way.

After Laxmi begins to interrogate Raghav's diamond business in search of the illegal loophole,

Here Raghav and Pallavi have a terrible fight.

The new promo witnesses a shocking showdown between Raghav and Pallavi.

Pallavi blames Raghav for running his business with the blood of innocent people.

Angry Raghav questions Pallavi and blames her saying she married him for money and she is a gold digger.

Pallavi gets so triggered that she reminds Raghav that the pride of money that he has will not stay for long.

And this is when Raghav goes bankrupt.

The new promo is giving goosebumps and this heartbreaking story wasn't enough that the next in Pallavi starts a new job.

Poor Pallavi is collecting her hard-earned money where people taunt her for being Raghav Rao's wife and doing such a lowly job.

Pallavi returns home where doctors and nurses are treating Raghav who is tied with the bed and is calling out Pallavi.

How will Pallavi save Raghav and how the duos will face such a challenging time?