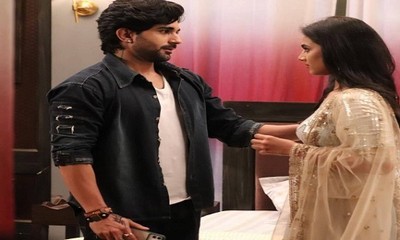 The upcoming episode story of Star Plus serial Mehndi Hai Rachne Wali will see Sunny planning and plotting against Raghav.

Raghav is quite frustrated after Abhishek's death because Pallavi thinks that he is responsible for his encounter.

Laxmi is trying harder to get any illegal loophole in Raghav's business so that she charges the custom duty.

And here none other than Sunny helps Laxmi which ultimately leads to Raghav's bankruptcy.

Raghav is in huge trouble

Things drastically fall out of Raghav's hands when the evidence goes against him and there Laxmi charges the huge custom duty that in the end empties Raghav's bank account.

How will Raghav save himself and how Pallavi will get him out of the trauma of bankruptcy?