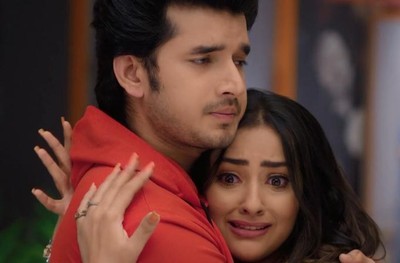 It was earlier seen that Rohan is not ready to accept failure and hence he tries various ways to separate Samar Nandini.

Rohan sends his and Nandini's private pictures to Samar.

Samar see the same and he gets angry with Rohan not Nandini for ruining their private space.

Nandini tries to explain where Samar is not angry on Nandini but Rohan.

Rohan plays a big move where he makes Nandini's intimate pictures viral and sends the same to Baa.

Nandini cries to get consoled by Samar

Nandini cries as she does not want to lose Samar once again.

How will Baa react on seeing Nandini Samar's pictures?