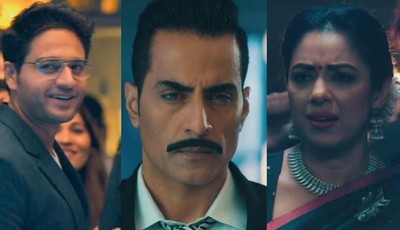 It seems Vanraj point finger on Anuj and Anupama's relation.

While Anuj fails to take this and he raises his hand at Vanraj in Pub before all.

Vanraj also gives it back where the duo grabs each other's collar and fight in a filthy manner.

Kavya tries to stop the fight but in vain when Anupama comes up with a good idea.

Anupama declares a Dance Muqaabala for Anuj Vanraj and see who can turn out to be the winner.

Both Anuj and Vanraj agree and respect Anupama's decision.

What is Anupama's plan with this dance competition?

Anupama: Vanraj vs Anuj's showdown at the dance floor