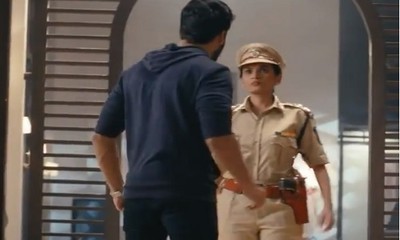 The upcoming sequence in your favorite TV show Mehndi Hai Rachne Wali, a lot is going to happen between Raghav and Pallavi.

While Amma, Farhad and Raghav secretly take care of Pallavi, here Laxmi once again hops into Rao mansion to search for Pallavi.

And this is when Amma turns the table to protect Pallavi from Laxmi.

Laxmi along with her constables breaks the door of the secret room wherein Raghav hid Pallavi.

Interestingly, Laxmi finds no one there which shocks Raghav too.

Now the twist in the story is that Amma and Farhad already turned the room into storeroom and shifted Pallavi.

It would be interesting to watch how Laxmi will give up on destroying Raghav.