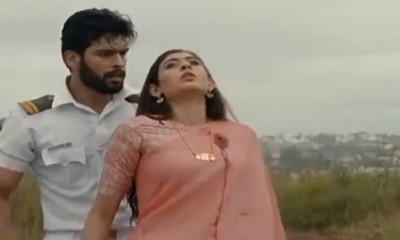 In the upcoming episode story of Mehndi Hai Rachne Wali, a lot is going to happen between Raghav and Pallavi.

Raghav executes his master plan and smartly gets the business done.

Unfortunately, Laxmi and her constables catch him red-handed and here Laxmi shoots Raghav.

Shockingly, before Raghav could get hit by the gunshot, Pallavi comes and takes the bullet saving his life.

And this is when Raghav falls into a trauma-like state.

Raghav regrets his illegal business which has ultimately put Pallavi in danger.

Raghav surely saves Pallavi’s life but will this time he stop his illegal business?

Stay tuned to the entertainment news website Serialgossip.com for more updates and the latest news of top TV shows.