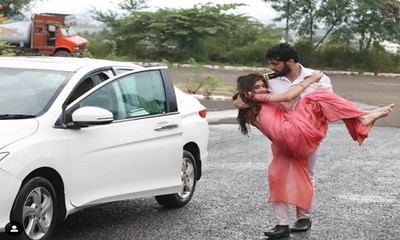 However, unfortunately the Police catch him and there Pallavi takes the gunshot while saving him.

Raghav mentally and emotionally breaks down when Pallavi falls lifeless in his arms.

Raghav is not ready to lose his Pallavi thus he recklessly takes her in his arms and rushes to hospitalize her before it gets too late.

Pallavi’s health deteriorates and Raghav finds it tough to drive because he fears losing her because of his business.

As Raghav recalls Pallavi’s words that one day he will regret his illegal business, the time finally comes here.

Will Raghav be able to save his Pallavi?