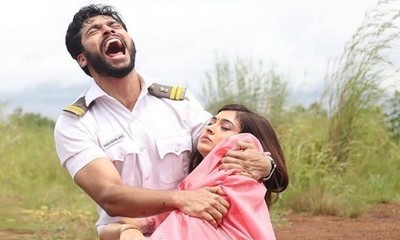 Star Plus TV serial Mehndi Hai Rachne Wali is gearing up for a most terrific twist in the upcoming track.

Raghav and Pallavi are already at loggerheads.

Meanwhile, Laxmi is after Raghav and his business.

There comes high voltage drama when Raghav takes a new disguise of Akash Deep Joshi and there Police catches him.

Unfortunately, Police shoots the gun at Raghav and in between him and Police, Pallavi comes to take the gunshot.

Poor Pallavi gets a gunshot when she falls lifeless in Raghav’s lap.

Raghav drastically breaks down in tears and shouts Pallavi’s name but all in vain.

Pallavi slips in comma state, so will Raghav be able to bring her back to life?

Here we have posted the exclusive glimpse from the upcoming horrible sequence of Pallavi getting gunshot.