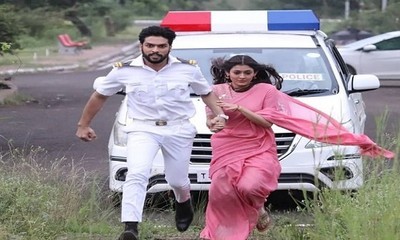 Here we have posted Raghav and Pallavi’s intriguing glimpse from the upcoming storyline of the show.

Raghav and Pallavi’s filmy style runaway is going to bring an interesting track because Commissioner Laxmi has got major proof against Raghav.

Raghav and Pallavi are in trouble

Earlier we updated that Raghav takes a new disguise of Akash Deepak Joshi to fool Laxmi.

It seems his plan fails in the end and here Pallavi also gets stuck with him.

Where Raghav is trying best to protect his business,

Will he succeed or things will fall apart drastically?

Let's see what will happen next n the show.