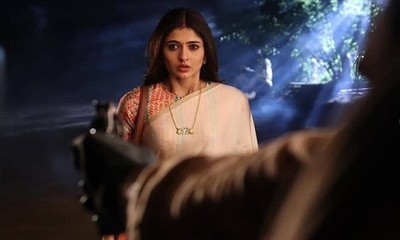 Things are getting complicated and Raghav is finding it hard to protect his family and business together from the eagle eye of Laxmi.

And while Laxmi is adamant to ruin Raghav’s business,

Raghav gets so scared and traumatized that he ends up seeing a deadly attack on Pallavi in his scary nightmare and this makes him hell like worried.

Raghav and Pallavi’s life in trouble

Once again Raghav comes with up a new plan wherein he changes his disguise as Akash Deepak Joshi.

Will Raghav’s plan succeeds or his nightmare will come true?