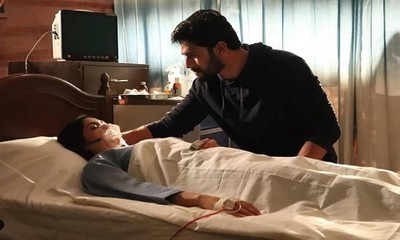 In the upcoming story of Star Plus serial Mehndi Hai Rachne Wali, a lot is going to happen in Raghav and Pallavi’s life.

Raghav and Pallavi get at odds after Pallavi refuses to use his illegally earned money.

After terrible fights and arguments, they fall into big trap when Police follows them.

In the unfortunate turn of events, Pallavi gets the gunshot while trying to save Raghav.

And this is when everything comes to an ultimate the end.

Raghav mentally and emotionally breaks down when Pallavi gets critical.

Pallavi is on the verge to slip into comma if she doesn’t gain consciousness,

Will Raghav giving up his illegal business bring her back to life?