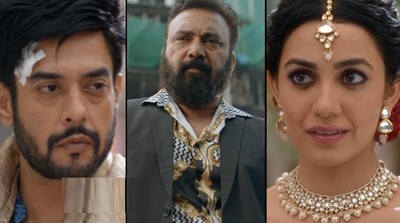 It was earlier seen that Pritam gets caught by Rathi and his men where he requests them to let him go.

Pritam wants to give the outfit to Amrita where he fights the goon and reaches house for Amrita's Godhbharai.

Amrita gets read where she invites Pritam too.

Pritam is worried as there is a bomb in Shakuja house.

On the other side Rathi is worried and he needs his bag at any cost.

Pritam wants to save Amrita's life

Rathi decides to get Amrita and baby killed to get the bag out of house.

Will Pritam be able to stop the mess and save Amrita's life?