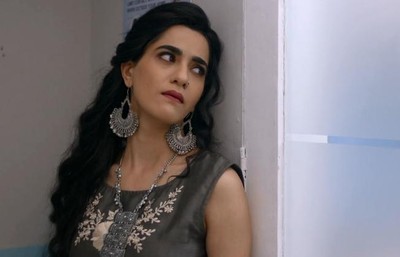 Akansha Sareen was earlier part of Star Plus serial Shaadi Mubarak where she was seen as Preeti's daughter in law Rati Jindal.

Here she marks her entry where she has some connection with Pritam.

This new entry instigates Pritam who loses his cool and gets on Amrita's nerves.

This lady she shows Pritam some video where Amrita is seen following him and try to find out more about him.

Amrita gets shocked when Pritam confronts her and gets labour pain.