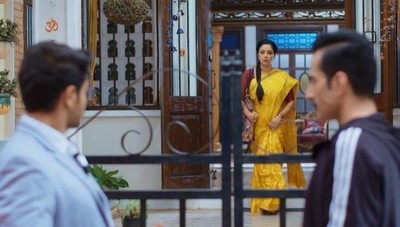 It was earlier seen that Kavya jumps in joy to join Anuj Kapadia where she felt he is an easy target where she can easily manipulate him like she used to do with Vanraj and Dholakia earlier.

However Anuj thinks about both Anupama and Kavya's valid points where he gives a go ahead with Anupama.

Kavya fails to take this and insults their relation before the entire office.

Kavya runs to Vanraj and she cries bitterly where she blames Anuj and Anupama for her job loss.

Anupama does not pay heed to Vanraj and choose Anuj

Anupama is least bothered where she does not waste her energy in fighting with Vanraj.

Next morning when Anuj comes to pick up Anupama both of them sideline Vanraj and move on happily.