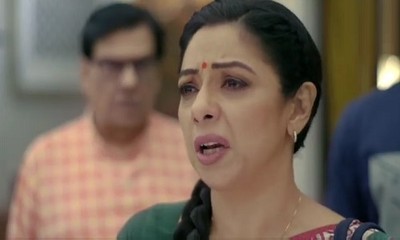 Star Plus popular TV serial Anupama is looking forward to major twists and turns in the storyline and we don’t want you to miss them.

Anupama and Anuj spend the night together at a house wherein they join a group of kids who are partying late night.

As the duo's dancing video goes viral, this creates huge trouble for Anupama whose character gets questioned as soon as she returns to home.

And this is when Anupama chooses her self-respect and thus quits Shah House.

Anupama’s exit from the Shah House is going to be quite intriguing because she is not leaving alone.

Interestingly, Samar follows Anupama and when it comes to Pakhi, Anupama herself asks her to accompany her because Kavya will never treat her like a daughter.

Now this is what puts Vanraj on fire because he gets completely pissed off seeing how Anupama is leaving his trap and how she is also taking Samar and Pakhi.

Let’s see what big drama will unfold after this major exit drama.