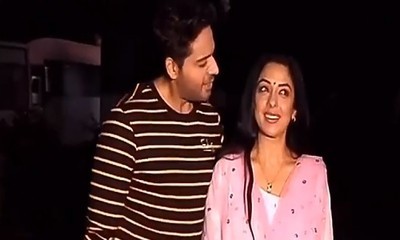 Star plus top TV serial Anupama is looking forward to new twists and turns in the storyline.

As per the current storyline, Anuj and Anupama both get stuck amid the heavy rainfalls in midnight and thus they take shelter in a house.

This major night stay of Anuj and Anupama poses much trouble in their life.

And this much isn’t enough to jiggle Anupama's life that Anuj's aunt soon marks her villainous entry in the show.

Interestingly, this not-so-real aunt of Anuj wants him to marry a young lady and have his own kids.

However, where Anuj loves Anupama who is an old lady with adult kids, Anuj's aunt thus hates anupama.

So, how she will create problems in Anuj and Anupama's upcoming life is worth watching next in the show.