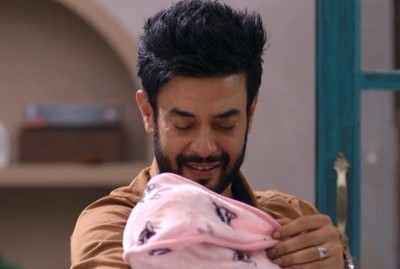 It was earlier seen that Pritam did much wrong with Amrita which led to her labor.

But in the time of need, Pritam only rushed Amrita to the hospital on an immediate basis.

After everything is normal Amrita and Jr Karan return home where Amrita is welcomed warmly.

Pritam is much happy to see Amrita and Karan safe where he decides to walk away from Shakuja's house forever.

Pritam packs his bags and leaves where he begs for an apology before Amrita with his head bowed down in front of her.

Pritam requests Amrita if he can take Jr Karan in his hand once where Amrita's heart melts seeing Pritam's connection with the newborn.

Kabir and Angad make a note that the baby wants Pritam to stay back where the family stops Pritam's exit.

Jr Karan is all set to bring Amrita and Pritam closer.