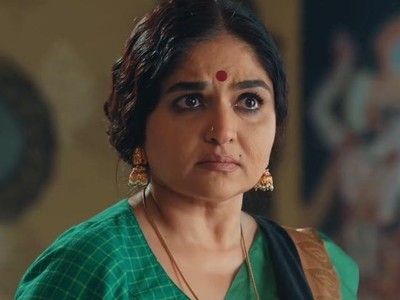 It was earlier seen that Rudraksh plans to catch Armaan and Sania.

Rudraksh reveals to Sania that he planned his and Mishka’s fake marriage to trap Armaan.

Later, Rudraksh brings Preesha home and Sharda gets emotional and she hugs her.

Besides, Sharda gets angry seeing Mishka and asks her to leave.

Meanwhile, Rudraksh stops her saying that she helped him prove Preesha innocent.

Later, the police informs them that Preesha is proved innocent but Armaan has escaped.

In the upcoming episode, Rudraksh gets to know about his new music label.

On the other side, Gopal finds something while cleaning the house and he will leave somewhere.

Vasudha will get worried and will inform about Gopal's disappearance and will receive a call from unknown number.