Imlie: It’s an end for Aditya and Imlie (Upcoming Twist) 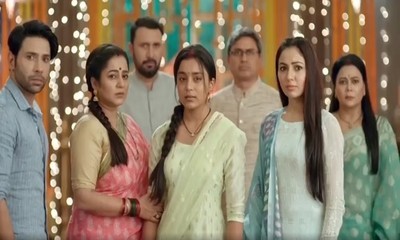 The latest track of Imlie TV serial is going to see the teary separation of Aditya and Imlie where we wonder if they will ever come together or not.

Things are falling shattered between Aditya and Imlie because now Malini has badly complicated the situation putting Imlie in a bad light.

And this is when Imlie says enough to Aditya’s blame game and test of love.

Imlie refuses to explain herself anymore and thus breaking all her ties with Aditya for once and all.

Moreover, she burns her mangalsutra and erases the sindoor of her hairline shocking everyone to the core.

Now Imlie doesn’t want to fight for him anymore because she very well knows that there is no more love and trust left between her and his marriage relationship.

So, it’s an end for Aditya and Imlie with Imlie’s forever exit from the Tripathi house.

Let’s see how hard the reality will now hit Aditya next in the show.