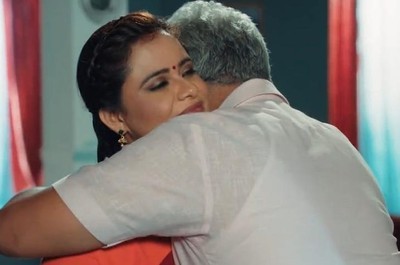 Star Plus's popular show Yeh Hai Chahatein is about to showcase some unexpected twists and turns.

It was earlier seen that Vasudha doubts Gopal and she tells Preesha about it.

Preesha tells that Gopal loves her and she also saw him buying a saree for her.

Later, Vasudha tells her that Gopal didn’t gave any saree to her.

Vasudha goes to Subbu's house to find the truth and asks him about Gopal.

Preesha finds that Subbu is nervous and she calls Gopal.

Gopal lies to Subbu saying that he is with Subbu in his house and disconnects the call.

Vasudha returns house and tells Preesha that she feels that Gopal hiding something from him.

Preesha confronts Gopal while he says that he won't do anything to hurt her and Vasudha.

Later, Vasudha follows Gopal and finds him hugging a lady.

Who is that lady?