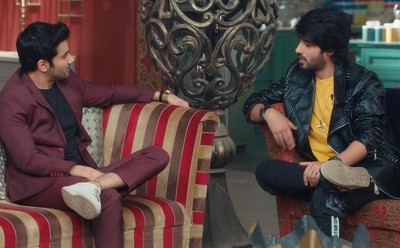 Mr. Khanna calls Rudraksh to inform him about a new music label wanting to collaborate with him and arranges a meeting.

Param tells Rudraksh that he does not want to collaborate but wants a partnership with him.

Param suggests a partnership saying that he wants 40 percent of profit.

Rudraksh asks he will be at a loss and Param tells that he knows to increase his profit from 40 to 400 percent.

Rudraksh agrees to the deal and they both shake hands.

On the other side, Vasudha gets worried about GPS going missing.