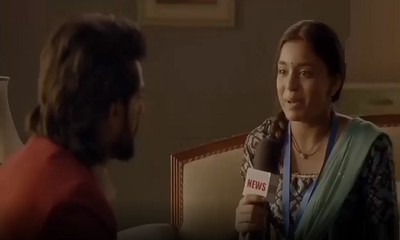 Star Plus top TV serial Imlie is going to witness further a new entry in the show alongside the new journey of Imlie as a news reporter.

When Aditya doesn’t trust Imlie, Imlie finally breaks all ties with him and moves on in her life.

With this teary separation, Imlie starts her internship, and here is the new promo finally out.

Imlie gets nervous before interviewing a superstar actor.

However, nothing is a big challenge for Imlie and thus she dons the disguise of a guard and sneakily enters into the lift to interview the actor.

Imlie impresses him with her affluent English after his secretary insults her Hindi accent.

And while Imlie finally gets a chance to interview him, her new journey finally kicks start.

So, finally, it’s a new start to Imlie’s life where she is a news reporter.

After she left Aditya, she moved on in her life to fulfill her goals.

However, will they ever cross each other’s way?