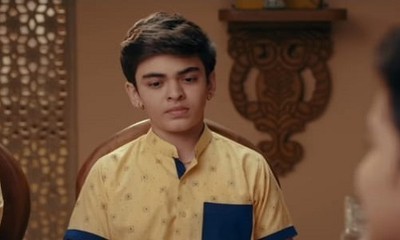 Jigar is already irked with Anand because Premji wants him to become like Anand.

Meanwhile, when Jigar notices Anandi giving much priority to Anand where he is also enjoying fun time with her, Jigar thus gets super jealous.

The bad feeling of jealousy sparks in Jigar’s heart seeing their strong friendship and thus he starts to plot against Anand.

Soon in the storyline, Jigar confronts Anand and tries to hurt him but it seems Anand outsmarts him.

At the same time, when Anand makes Anandi laugh which everyone failed to do, the family begins to give him more importance than Jigar.

Now it would be highly intensified to watch what will happen next in the show.

Balika Vadhu 2: Poor Anandi forced to be back as BAHU

Balika Vadhu 2: Poor Anandi forced to be back as BAHU Color...

Trouble ahead for poor Anandi (Shreya Patel) in Balika Vadhu...

The troublesome situation for little Anandi (Shreya Patel) i...