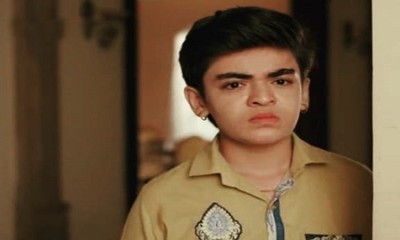 Anand and Anandi’s growing friendship is pricking so much in Jigar’s eyes that he is turning negative.

Jigar wants Anand to leave his house as soon as possible.

Where Anand wants Anandi to take him to the market, this gets Jigar more jealous.

And now the situation is this that Jigar gets into a fight with him.

When Anand makes Anandi smile after a long time, everyone gets impressed by him.

Anandi also acts more friendly to him while she ignores Jigar.

Now it would be highly intensified to watch how Jigar will be affected by Anandi and Anand’s friendship and how their cold war for Anandi will begin.

Balika Vadhu 2: Poor Anandi forced to be back as BAHU

Balika Vadhu 2: Poor Anandi forced to be back as BAHU Color...

Trouble ahead for poor Anandi (Shreya Patel) in Balika Vadhu...