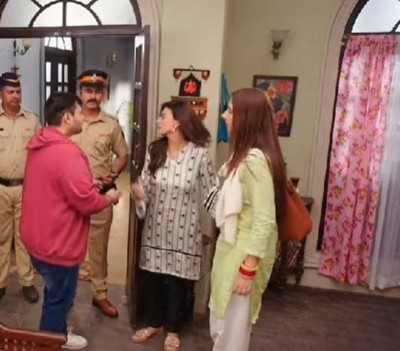 As Priya gets to know that Raj had mixed prawns in Ram's food to kill him, she files a police complaint.

However, as Police are about to arrest Raj, Priya's father intervenes and confesses to being the mastermind behind the plan.

Mahendra feels that Priya would not get him arrested as he is her father but he is shocked as Priya doesn't step back.

As soon as Ram gets to know about this, he is left stunned.

Ram's heart melts thinking of Priya's pain after getting her father arrested.

He feels respect for Priya for taking such a bold step supporting the truth and bringing him justice.

He is stunned by Priya's selflessness in spite of the cold war between them.

Let us hope this will be a turning point and Ram will rethink his decision to separate from Priya.

Keep reading sserialgossip.com for further twists and drama coming up on the show.