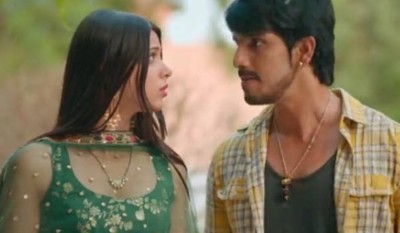 Star Plus show Pandya Store is up with high drama and action as Raavi and Shiva's truth is out.

As revealed, the judge sees Raavi and Shiva's fights but at the same time, she also notices they care for each other.

The judge could see their love behind the fights and thus refuses to grant the divorce.

Further, Raavi and Shiva are given six months to evaluate their decision.

Thus, Raavi and Shiva's marriage gets a probation period of six months.

However, this breaks Disha's heart and she feels cheated.

Moreover, she gives an ultimatum that she would wait for Shiva for six months.

Suman too is angry with the new twist and she starts her emotional drama.

Further, Suman locks herself in the room and refuses to come out.

Suman is adamant to get Raavi and Shiva divorced and hence she takes to emotional blackmailing.

Will Shiva give in to Suman's crocodile tears and divorce Raavi?

Let us wait and watch as more drama unfolds in the upcoming episodes.

Till then, keep reading serialgossip.com for more news and updates.

Pandya Store: Raavi Shiva head to the court for divorce

Pandya Store: Prafulla and Suman eagerly wait to get Raavi(A...