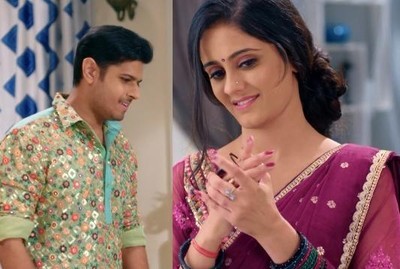 It was earlier seen that Sayi has realized her love for Virat where she wants to know the same from him.

Virat always loved Sayi but Sayi is much late for her realization.

As Virat went for his mission he had to kill his college dude Sadanand who had turned into a terrorist.

Virat is in grief where his friend asks Virat to take his wife responsibility.

One more time history repeats with Virat where due to one shocking death in past Virat had to take Sayi's responsibility and now due to another death Virat has to take one more responsibility.

However Sayi is unaware of the truth and feels Virat cheated her and hence she takes off her mangalsutra seeing new woman in Virat's life.

GHKKPM: Patralekha has new person to brainwash Sayi against Virat

GHKKPM: Sayi to get trapped by Sadanand and his Goons