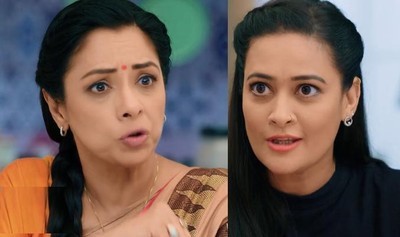 It was earlier seen that Devika always hoped Anupama to one fine day develop feelings for Anuj and spend good time.

Devika has always seen Anuj's one sided love for Anupama and the way he controlled himself all these years.

However now when Devika returns to Anupama she is on cloud nine to hear Anupama all praises for Anuj.

Anupama talks to Devika that she needs to do something for Anuj where Devika comes to know Anupama is fallen in love with Anuj.

Anupama tries to give a name of concern instead of love when Devika asks Anupama to accept that she loves Anuj and respects him a lot.

Anupama 26th November 2021 Written Update Love for Anuj is it? Devika to Anupama