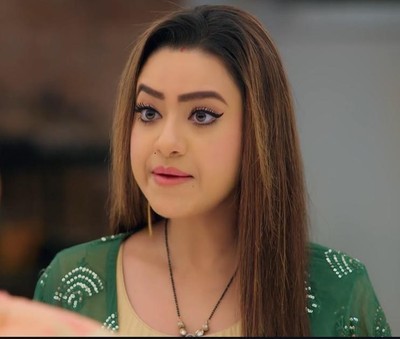 Star Plus's popular show Anupama is about to showcase some unexpected twists and turns.

As per the current track, the Shah house is in the name of Kavya.

Vanraj has returned to his old avatar and has turned vengeful towards Kavya after her betrayal.

Vanraj now only wants to win and gain success in his life and also asks Baa to not involve him in family drama.

Moreover, Vanraj also lashes at Kavya when she refuses to celebrate Baa and Bapuji's anniversary at Shah's house.

Kavya gets shocked to see Vanraj's anger and she out of revenge plans to ruin Shah family's happiness.

Kavya takes a shocking step to sell the Shah house.

In the upcoming track, Baa and Bapuji's anniversary twist will be seen where the whole family will gather to celebrate including Kavya.

On the other side, Kavya will also successfully put the house on sale bringing Shah's on road.

Now it will be interesting to see how Anupama helps Shah family from this huge trouble.

Anupama: No Retirement for Happiness! Anuj Anupama come together

Anupama: Time for Kavya to get a panic attack like Anupama

Anupama: Time for Kavya to get a panic attack like Anupama u...

Anupama: Anuj The Trustee Grand Entry in Pakhi's School with...