Anupama: Pakhi says no to her marriage, future disaster for Shahs (Upcoming Twist) 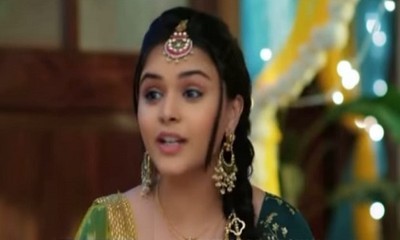 Star Plus prime-time TV serial Anupama is gearing up for Baa and Bapuji’s wedding anniversary celebration and remarried.

Meanwhile, when it comes to sharing views on the marriage relationship, what Pakhi says is what stuns Vanraj and Anupama to the core.

And this is when Pakhi exclaims that she doesn’t want to marry after seeing Vanraj Anupama’s failed to arrange marriage and Vanraj Kavya’s failed love marriage.

Now, when Pakhi says no to her marriage, this is ultimately going to bring a new disaster for the Shahs.

Anupama is not ready to let Pakhi become so negative towards marriage.

So, how Anupama will change Pakhi’s perception towards marriage?

Will Anuj and Anupama become an ideal example for Pakhi?

Anupama: Blast from the past of Anuj! New entry of Aneri Vajani

Anupama: Blast from the past of Anuj! New entry of Aneri Vaj...