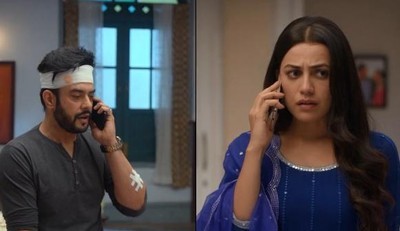 It was earlier seen that Pritam has returned back home where he is missing Amrita a lot.

Pritam talks to the entire Shakuja family where they reveal that Amrita is their life and the life of Shakuja house too.

While Kabir's mother states that Amrita is much simple girl where Pritam has seen Amrita's real side.

Pritam straightly reveals that Amrita is Patakha leaving her shocked.

Kabir supports Pritam and he likes him for Amrita

Pritam takes back his words and tries to cover up when Kabir supports him stating Pritam rocked leaving Shakuja's shocked.

Pritam is missing Amrita a lot along with the entire Shakuja family members.

It would be interesting to see when Amrita returns back home to Pritam.

Zindagi Mere Ghar Aana: Pritam finally opens up about his so...