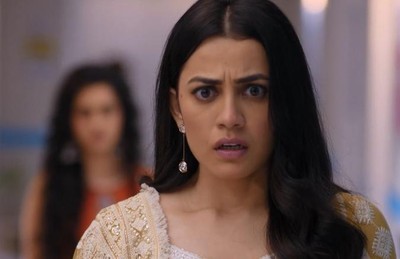 It was earlier seen that Vishakha wanted to know more about Amrita who used to look around for Pritam.

Amrita thus has delivered the baby and now Vishakha see her.

Vishakha is surprised to see the baby bump is gone and hence confronts Amrita for delivering Pritam's illicit child.

Amrita is shocked to hear all this from Vishakha and shuts her up while Vishakha goes on rubbishing more things and humiliating Amrita Pritam's relation.

It would be highly interesting to see what Amrita does to handle this Vishakha.

Zindagi Mere Ghar Aana: Pritam finally opens up about his so...