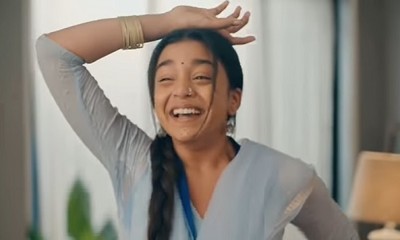 The upcoming episode of Imlie TV serial will see another drastic confrontation between Aditya and Imlie which will only deteriorate their equations.

Aditya confronts Imlie over the divorce papers when she confesses that she didn’t send him papers.

Though Malini confesses that she only sent the papers, she actually manipulates Aditya against Imlie.

Imlie laughs at Aditya for having an such evil wife who so easily manipulates him every time.

Aditya’s doubts about Imlie and Aryan’s affair were not enough that now he stoops low to ask Imlie to leave her job and forget Aryan if she wants to be his (Aditya) wife.

And this hits Imlie harder.

Imlie is quite shocked seeing how low Aditya can stoop and how blindly he can trust Malini than her (Imlie).

Thus, Imlie refuses to bend down before him and congratulate him for his wife and kid, she moves on in her life.

Will Aditya never know the evil side of Malini?

Check out the exclusive updates of top TV serials at serialgossip.com

Imlie: Aryan has fit reply to Aditya for Imlie

Imlie: Aryan has a fit reply to Aditya for Imlie Star Plus ...

Imlie: Imlie harms self, Aryan grabs Imlie’s hand to save her

Imlie: Aditya’s no wife right to Malini but Malini has plan

Imlie: Aditya’s no wife right to Malini but Malini has...

Imlie: Time for Imlie to dig in Aryan’s huge past

A major U-turn for Aryan (Fahmaan Khan) and Imlie (Sumbul To...