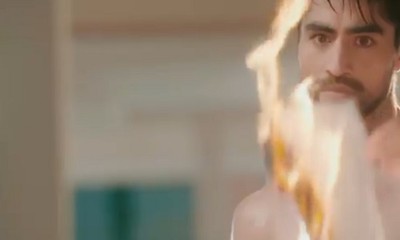 The upcoming storyline of your favorite TV show Yeh Rishta Kya Kehlata Hai (YRKKH) will be finally be putting the focus on Abhimanyu’s adoption truth.

And let’s just put a full stop to Abhira’s wedding because this is not going to happen anywhere soon.

Just before Abhimanyu and Akshara’s decision to stand for their love and stop the wedding,

A huge storm hits the Birla Family when Abhimanyu’s adoption truth comes out.

And here the Minister plays a major role in this huge revelation.

Not to forget that it was Manjari’s mistake who carelessly dropped Abhimanyu’s adoption paper.

And later on, Akshara slipped the same paper in Harshvardhan’s file which eventually Harshvardhan passed on to Aarohi because it was Minister’s file.

The big twist in this huge mess is that when Minister gets the wedding invitation, he also gets the adoption paper.

And now it would be highly intensified to watch how Minister alongside Aarohi will bring the truth out as Aarohi never wants to be a temporary Birla Bahu after knowing that Abhimanyu is adopted, not Birlas real son.

Stay tuned with us at the entertainment news website serialgossip.com for the latest updates every minute.

YRKKH: Abhimanyu to call off his wedding with Aarohi, here's the reason why

YRKKH: Abhimanyu to call off his wedding with Aarohi, here's...

YRKKH: Its a Court Marriage for Abhimanyu Akshara

YRKKH: Spoiler Alert! Abhimanyu and Akshara to have a Grand wedding

YRKKH: WHAT!! Twist in story Abhimanyu to expose Aarohi

YRKKH: WHAT!! Twist in story Abhimanyu (Harshad Chopda) to e...