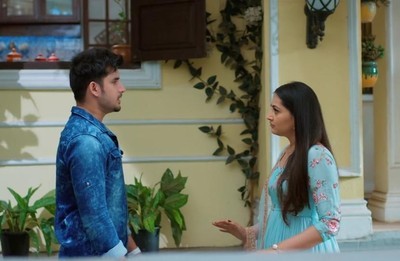 Star Plus's popular show Anupama is about to showcase some major drama in the relationship of Samar and Nandini.

It was earlier seen that Samar and Nandini wanted to get married and Samar had proposed to her for marriage.

Leela learns that there is some tension between Samar and Nandini and she confronts him.

Samar says that he wants to get married while Leela gets worried about their argument.

Later, Nandini and Samar get into an argument over Vanraj and Kavya's relationship where Nandini sides Kavya.

Samar tells that his family always wanted to accept Kavya but she never understood them.

Leela discovers them fighting and she comes to stop the fight.

Leela tries to convince them but they get into a fight again and decide to part ways.

Meanwhile, Anupama decides to return back home and she gets a call from Leela and who informs her about Samar and Nandini's breakup.

Anupama stands shocked learning about it and she runs to stop the fight.

Will Anupama be able to unite Samar and Nandini?