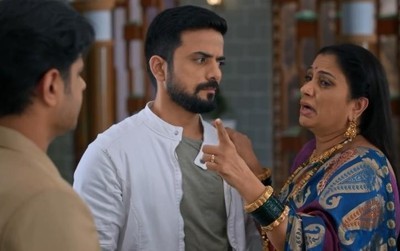 The upcoming track of Star Plus popular serial Ghum Hai Kisi Ke Pyaar Mein will showcase a shocking twist in the storyline.

It was earlier seen that the entire Chavhan Family refuses to believe or show trust on Virat.

Ninad breaks all ties with Virat and disowns him completely.

Only Pakhi is the one who looks confused about Virat and fails to understand his move.

Bhavani is much disheartened as Virat refuses to obey her too this time when she is ready to accept Sayi wholeheartedly.

Bhavani wants Virat and Sayi to reconcile but Virat is adamant and walks out of the house.

Omkar Sonali blames Bhavani for the entire mess when Bhavani in shock loses her balance and falls off the stairs hurts her head.

Will this shock take away Bhavani's life?

Will Bhavani die bringing a major turning point in the show?