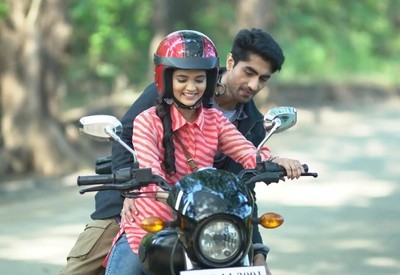 It was earlier seen that Akshara learns the fact that Aarohi does not love Abhimanyu in real.

Akshara knows Abhimanyu loves her and she loves him too.

Hence Aksahra seeks Dadi's help and talks to her about her love and what to to do ahead.

When Dadi makes Aksahra go through Naira's love story where she always supported the truth.

Naira knew truth is the bitter pill but its good if the truth is revealed early than later.

Hence Akshara gets idea not Aarohi but she should marry Abhimanyu as all the rituals are done with her instead of Aarohi.

Abhimanyu goggle-eyed to see Akshara's unique love confession for him

Will Abhimanyu get happy to hear out Akshara's unique love confession?

YRKKH: Spoiler Alert! Abhimanyu and Akshara to have a Grand wedding

YRKKH: WHAT!! Twist in story Abhimanyu to expose Aarohi

YRKKH: WHAT!! Twist in story Abhimanyu (Harshad Chopda) to e...