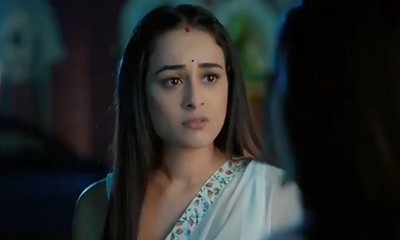 Star Plus prime time TV serial Saath Nibhana Saathiya 2 is about to witness a shocking U-turn in Surya and Gehna's life.

With the new entry of Sikandar's wife Shreya, Gehna finally gets the bail as the one who poisoned Surya was Shreya only.

When Shreya reveals the whole truth to her about how Sikandar blackmailed her to do so,

The story from here on will see some major changes in the storyline as Shreya now decides to help Gehna against Suhani, Sarika, and Sikandar.

Moving ahead, you will see Shreya becoming a new partner to Gehna to save Surya's life from Suhani's deadly plans.

However, will Gehna be able to prove that Surya is not Suhani's son?

Let's see what happens next in Surya and Gehna's life. Stay tuned with us for more updates and the latest news.