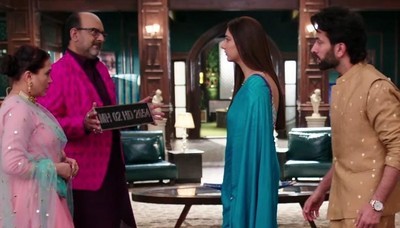 One after the other, all of Priya's plans for helping Ram are backfiring at her.

She is badly cornered and blamed for hiding Varun's truth from them.

Further, the number plate that was lying in her room is found by Mami and Mama.

All the proofs stand against Priya and she is left speechless and ashamed because of her family.

As Ram realizes the number plate was with Priya over the years, he is shocked.

Moreover, it clearly proves that Mahendra is his father's murderer.

Ram is not in his senses now and unable to decide what to do next.

Here Priya is also shattered with the truth and left dumbfounded.

However, Nandini and Shubham are taking full advantage of the situation.

Stay tuned to serialgossip.com to know how will Ram and Priya handle this situation now.